Here I will be discussing the aspects of growing old, living young, and being the person you want to become. Also, as life is to be enjoyed, I will be including some short stories for your entertainment. Entries will be tagged Fiction and Non-Fiction for your convenience. If you only want fiction, click the button below, and the same goes for non-fiction. I hope you will enjoy my writing style and voice. Stay tuned, as I will also announce when I complete my books.

The Most Beautiful Moment

The most beautiful moment in life is the one less seen
The place you go to get away,
The person who helps you feel serene.

Never look down in times of trouble; keep your head held toward the sky.
Because there's someone there who knows,
The way you feel inside.

So there's a place to go when you need a hug,
A heart to turn when times are rough.
Whenever you need a moment to spare,
He will always meet you there.

Never trouble, never fear,
God's will shall never err.
Peace and happiness is the goal,
But sometimes life can take its toll.

But remember this, these words are true,
He will always, always love you.

So come with me to that most beautiful place,
We'll laugh, we'll sing and brighten your face.

That's where we go to be loved,
To listen to the sounds of doves.
We will forever be together one,
In peace and love with God's own Son. 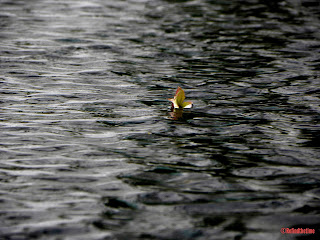 Posted by refindthetime at 6:00 AM No comments:

Email ThisBlogThis!Share to TwitterShare to FacebookShare to Pinterest
Labels: Poetry

The Robbery in Apartment 12

I went to unlock my apartment door and realized it was already opened. Did I forget to shut it all the way? Has my mother stopped by? My heart kicked against my ribs as the door creaked open.
“Mom? Is anyone here?” I whispered, praying she would answer.
The lamp lay sideways, flickering light across the wreckage. What do I have that someone would want? They must have the wrong guy. Maybe Pete Gurken finally got the nerve to face me and still chickened out. Yeah, that’s it. Instead he trashed my place, the moron.
There was a sudden clatter in the kitchen.
“Who’s that? Who’s there?” I panicked.
Nothing could stop my heart from ripping through my chest now. Cold sweat dripped over my eyebrows, burning my eyes. If only I had taken that concealed weapons permit class; a weapon would do me some good right about now. A broom smacked the ground in the hallway, echoing through the apartment. I grabbed a kitchen knife.
“I’m armed. If you try anything funny, you’re dead.”
Could I kill someone in self-defense? What if it was my mom? Would it be self-defense? Ten minutes ago I was having the best day of my life. It’s a good thing I didn’t bring Jenny here to “show off my apartment.”
I crawled across the floor, listening for more noises. Food had been sprawled all over the floor, like guts from wounded soldiers. Someone was definitely looking for something. I got back to my feet, when I reached the hallway. I stepped over the fallen broom. Saluting it as if it had died in battle. Silence.
I couldn’t hear anything. I peered into the bathroom but nothing was touched.
“The bedroom,” I whispered. I had a safe under the bed with maybe ten dollars and a toy racecar my grandpa gave me when I was six. What could this crook possibly be looking for?
The blinds banged off the wall, crashing onto the desk beneath. I eased against the wall like a ninja, like a spy about to get his man. Would a knife suffice? The crook still believes I’m armed, right? I peeked into my bedroom, following the broken blinds to the dirty floor (pretty sure that was already a mess) and eyed the edged of my bed.
“So you think you can hide under there, do you?” I taunted the captive as I jumped onto the bed, grabbing the bedding to uncover the thief.
“HIISSSS!”
I screamed, as a raccoon scurried across the floor. I collapsed onto my bed and hyperventilated for a few minutes, while the animal escaped. As I composed myself, I burst up laughing at the ridiculousness of the situation. I called my mom and told her I loved her and just lay there, pondering about nothing for a minute. Then, from down the hall, a door creaked open and the lights turned black.


I wasn’t alone. There was an accomplice.
Posted by refindthetime at 6:00 AM No comments:

Email ThisBlogThis!Share to TwitterShare to FacebookShare to Pinterest
Labels: Fiction

This is a story about a man seeking to find where he belongs. 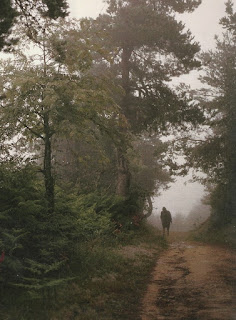 The misty morning fog traveled slowly through the forest, claiming trees as it passed. In the middle of the forest was a single road that lead to a small port city. On this road, traveled a man who sold small wooden figurines of forest creatures. But life wasn’t always simple for this man.
“We, the land of Mt. Carmell, do hearby banish you to the forests of Edeline, where none have ever returned,” said King Carmell five years earlier.
The man with the claw was being punished, not for a crime but for being different. He was once the groundskeeper of the castle and spent most of his early days trimming the grass and weeds with his hand-blade. His name is Ivan Marks. Ivan spent years building the kingdom a perfect garden, and felt that he was serving faithfully. Until the day that a great inventor came and gave the king a great gardening invention that would easily replace Ivan as groundskeeper. And so, a machine replaced the man.
Without a home and without direction, Ivan tried to survive on the streets. He was quickly judged by the other town’s people. The mocked him, calling him a monster. The blade where his hand should be struck fear into their hearts.
“I am not a monster,” Ivan said. “I am but a gentle man. I could never hurt a soul.”
This was all very true. It wasn’t in his character to kill or harm anyone. One day, Ivan stopped in at a local pub to refresh from a long day of job hunting.
“Hey Mr. Claw,” mocked a man from the other side of the counter. “Have you found your missing hand yet?”
Ivan ignored him, having learned that encouraging a bully wouldn’t help the situation. His silence didn’t sit well with the man, and he made his way over to Ivan, shoving him from behind.
“I was talking to you Ivan the Claw.”
“Look, Gregory, I don’t want any trouble. I’ve had a long day, so please leave me be.”
“Ha, you here that boys? He doesn’t want any trouble,” he said turning Ivan around. “That sounds like a threat to me.”
“You’re drunk, Gregory. Maybe we should talk about this when you’re feeling better.”
Something Ivan said seemed to push Gregory beyond his limits. He shoved Ivan against the bar. In an attempt to protect himself Ivan put up his hands, shoving Gregory back. However, in this split reaction, Ivan forgot that his right hand was a blade, stabbing Gregory in the shoulder. For this reason, Ivan was labeled a monster and unsuitable for human interaction. And so, the king had no choice but to banish his once faithful groundskeeper to the forests of Edeline.
When he first got to the forest, Ivan found that it was home to many peculiar things. Having not left the kingdom for most of his life, he was only accustom to seeing smaller animals like rats, dogs, and cats. The forest, on the other hand, was home to some of the most beautiful creatures he had ever seen.
There were many pathways in the forest, and in his the first couple of months Ivan had explored every one. Most of them lead to nowhere. Ivan found a particular path quite enjoyable and had started making the end of the path his home. At first his home was made from a few large branches and covered by leaves. Having a blade for a hand had its benefits after all.
At the end of his first year, Ivan discovered one more path and decided he’d follow it. This path would finally lead him to his next purpose in life. As he wandered on this path, the air became colder and salty. Then, when he came around a bend, he saw a small port village at the bottom of the hill. Reluctant that the people would judge him, he refused to enter. However, he did get close enough to observe what the people were doing. The people in this village were much different than those in Mt. Carmell. They seemed happy, even free. It was as if everyone had found something they enjoyed to do and traded it with the others.
Astounded by this principle of mutual respect, Ivan wandered back home, pondering about what type of trade he could share with the villagers. That night, as he sat by the campfire. He looked around the forest for a clue about what he could do. All he saw were trees. He could hear the silent whisperings of the animals hurrying back to their homes. Then, he had an idea.
For the next few days, Ivan took pieces of branches from his collection and observed the animals in their natural habitat. Using his blade his carved every detail of the deer, rabbit, and bear into the wood. Before long, all he could picture were the images of the animals. He had found a new passion.  He would be a wood carver and trade his figurines with the villagers.


And so, every day as the misty fog consumes the forest trees, Ivan Marks packs his bag and trades wooden figurines for all sorts of goods. He is no longer a monster or an outcast. He is a human and has finally found where he belongs.
Posted by refindthetime at 6:00 AM No comments: